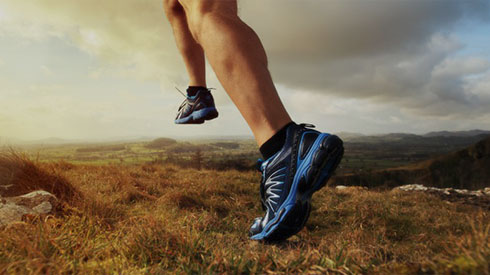 Feel Better. Do More.
Please upgrade your browser to view our full website.

Download
Panorama Orthopedics & Spine Center has been a trusted provider of orthopedic care in metro Denver for more than 70 years. With more than 30 orthopedic surgeons, we are one of the largest and most specialized orthopedic groups in the United States and are known as a leader in orthopedic care. We offer highly trained surgeons and
specialists in sports medicine, spine, joint replacement, orthopedic trauma, foot and ankle, hand and wrist and non-operative pain management. We are committed to excellence in everything we do. That’s why patients of all ages — from children to seniors — trust Panorama Orthopedics to help them get them back to doing the things they love.
Have Questions? Contact Our Office Today! (970) 262-7400

Dr. Gary Benedetti has enjoyed a 20-year career as a board-certified orthopedic surgeon. He is fellowship trained in orthopedic trauma and specializes in joint replacement surgery. Initially, he went to school and studied to be a biomechanical engineer with the hope of someday designing and engineering artificial joints. However, while in college, Dr. Benedetti’s roommates were pre-med students and they studied together for the MCAT, medical admission test and he decided to take it too. His scores were exceptional and from there he decided to attend medical school and begin the long road to becoming an orthopedic surgeon.

Dr. Benedetti was born and raised in the San Francisco Bay area and loved surfing. As a young child he aspired to someday becoming a cowboy. After working his way through college, he decided to join the military as a way to pay for medical school.  Following undergraduate studies, Dr. Benedetti attended the Uniformed Services University of The Health Sciences in Maryland for medical school and then he completed an internship at Malcom Grow Medical Center at Joint Base Andrews. Following his internship, Dr. Benedetti was assigned to Tinker Air Force Base in Oklahoma, where he worked as a flight surgeon for two years. Following that he was assigned to Wilford Hall Medical Center at Lackland Air Force Base in Texas for his residency. It was there that he met his wife, who is also an orthopedic surgeon.  While in his residency, Dr. Benedetti gained extensive experience working in orthopedic trauma and he found that he really enjoyed treating fractures and complex problems that were a result of orthopedic trauma.  From there he elected to complete an orthopedic trauma fellowship at the Parkland Memorial Hospital in Dallas.

Once his surgical training was complete, Dr. Benedetti began to serve out their military commitments. Dr. Benedetti served missions around the world. As a member of a forward surgical team he was part of an elite team that could operate in the field with only the materials available in their backpacks. With multiple tours of duty in the Middle East, he served twice in Riyadh, Saudi Arabia, and once each in Oman, Bahrain and Baghdad, Iraq.  Eventually Dr Benedetti and his wife Dr. Michele Prevost, moved to Wright Patterson Air Force Base in Ohio where he served as Chief of Orthopaedic Trauma Surgery and the Orthopaedic Physician Assistant Training Program Director. While there, Dr. Benedetti also traveled to The University of Cincinnati once per week to cover the level one trauma call.  Dr. Benedetti and his wife were then assigned to Alaska to work at Elmendorf Air Force Base in Anchorage, where he was the only orthopedic trauma surgeon in the state. At the time, he was also performing joint replacements and was the only surgeon in the state to perform anterior hip replacement surgery.  Dr. Benedetti and his wife had planned to remain in Alaska but life had different plans for them and they landed next in Wausau, Wisconsin where they lived and worked for many years prior to moving to Summit County to join Panorama Summit Orthopedics

When he is not working, Dr. Benedetti enjoys spending time with his wife and two dogs, who are both Leonbergers. Dr. Prevost who is originally from the Lake Tahoe area and grew up skiing, is particularly excited to be back in the mountains.  Together they enjoy cross-country skiing, downhill skiing, snowshoeing, mountain biking, hiking, and kayaking.  Dr. Benedetti also enjoys cooking and specializes in his native Italian fare, but he has also taken cooking classes to learn how to prepare Thai, and Asian cuisines. 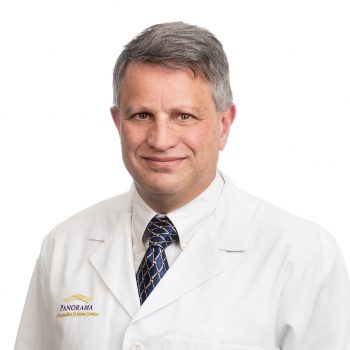 Dr. Benedetti in the News

Should you have an elective surgery during the pandemic?

Should you have an elective surgery during the pandemic?

Caroline grew up in Colorado Springs, CO. She completed her undergraduate studies at the University of Colorado in Boulder where she received a bachelor’s degree in Integrative Physiology. She continued her education at Quinnipiac University in Hamden, CT where she earned a Masters in Health Sciences and her Physician Assistant certificate. Her love for athletics, science and the mountains led her back to Colorado and into a career in orthopedics. Currently she practices with Dr. Benedetti doing Joint Replacements and she is a member of the Orthopedic Trauma team covering trauma call at St. Anthony’s Summit Medical Center in Frisco, CO. In her free time, she loves to ski (both uphill and downhill), snowshoe, camp, hike, fish and enjoy the beauty of the outdoors.